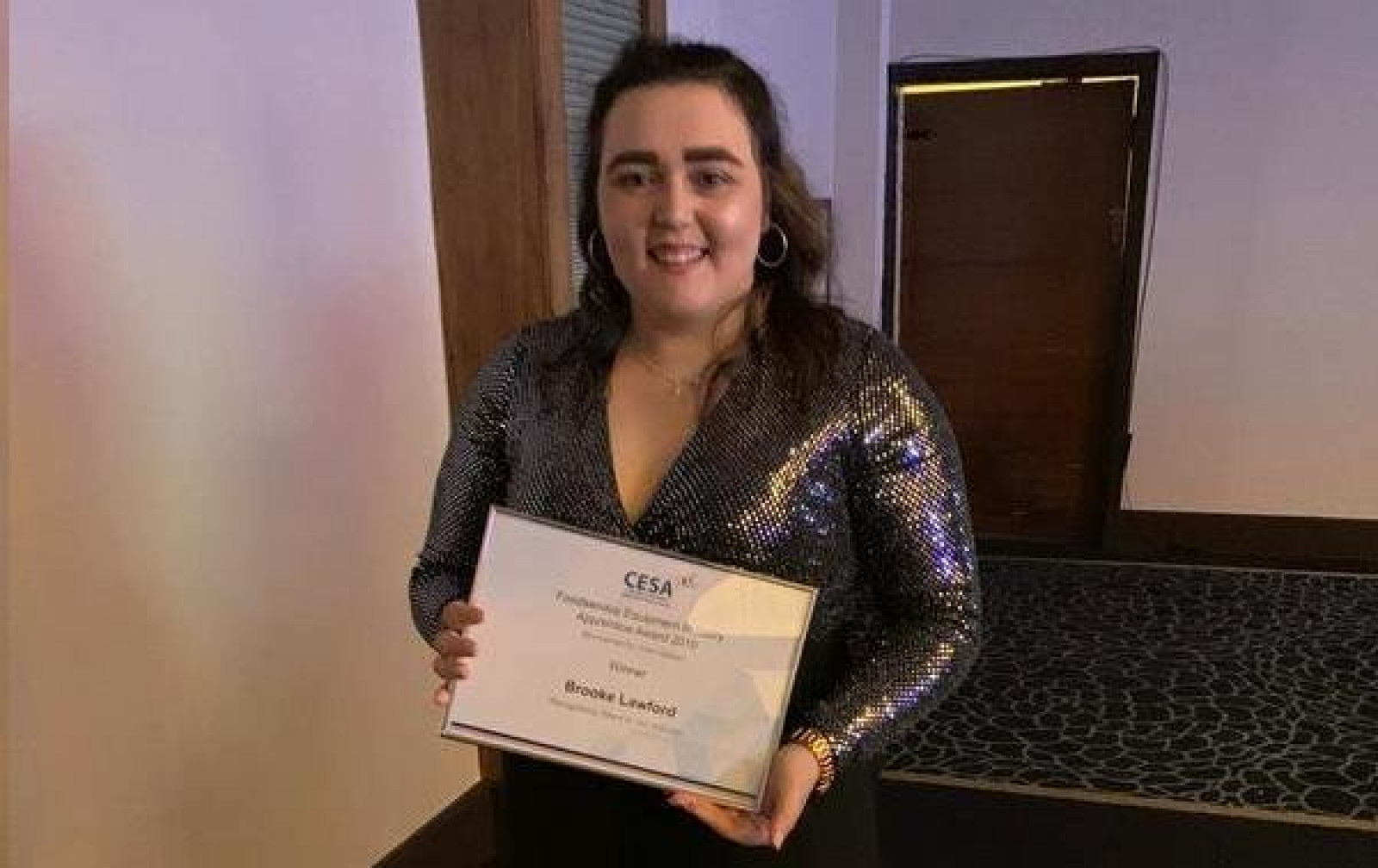 Made in Yorkshire member, Victor Manufacturing celebrates as one of their apprentices wins CESA Foodservice Equipment “Apprentice of the year” award.

Bradford based company, Victor manufacturing, has more than 50 years of manufacturing experience in delivering an extensive range of catering equipment suitable for a wide range of organisations, including hotels, restaurants, hospitals, sporting arenas, and educational establishments. Victor also specialise in made to measure food service counters – all handled and managed efficiently through the company’s comprehensive network of national and local distributors.

Fabrication apprentice Brook Lawford recently won CESA Foodservice Equipment Apprentice of the Year after four years of being an apprentice with Victor manufacturing. CESA or Catering Equipment Suppliers Association held the awards ceremony at the Renaissance hotel in London, where there was a three-day conference leading up to the awards evening. Other awards included “Contributions to the Industry”.

Along with another finalist, Brook was invited to the awards ceremony in London and was nominated for previous achievements such as winning the Duke of Edinburgh award, being  1st-year apprentice of the year at college and also being able to use a punching machine by herself.

Phillip Williams, Managing Director of Victor Manufacturing, and council member of CESA said the winner was picked before the awards ceremony. He also said Brook was put forward for the award for being a model employee:

“She is extremely reliable and has excelled in all areas, as an apprentice, she passed all her exams with flying colours. She fully deserved this award.”

Before starting as an apprentice with Victor Manufacturing, Brook has always wanted to be in a practical role and said this is down to the feeling of achievement when completing something. Brook said:

“I really enjoy building things from start to finish, I previously wanted to be a mechanic, but I decided to do something more hands-on and I really enjoy what I do now.”

She also said she was shocked when it was announced she had won the award:

“It took a long time to sink in that I had won. I am most looking forward to going to Chicago as I have never been before.”

“I think one of the reasons I may have won is because I am a woman in a manufacturing role and have settled in really well. I am extremely happy that I have won this award  because I hope it encourages more women to get into manufacturing.”

For receiving the award, Brook will have the opportunity to go to the NRA show in Chicago in May 2020 along with receiving two free courses With the CESA Principles of Food Service.

Become a Made in Yorkshire member today, click the link below to find out more